We have 11 x 4K screens across 2 floors mean you’ll never miss a minute of your favourite sporting event.

Our award winning team have worked hard to curate a world class drink offering. Plenty of beers on tap and in the fridges and a cocktail list with a mix of classics and house drinks. Not your average sports bar offering.

Everyone loves a sandwich. That’s a fact. We’ve got a great selection of monster butties to slay even the hungriest of appetites. From a roast beef French Dip to a vegan Bahn Mi, we’ve got all dietary requirements covered. We also have a selection of smaller snacks for those who just fancy a nibble while watching a game.

Here at The Long Shot, we put service first. No other sports bar puts this at the forefront of their minds like we do. Table service is offered throughout and we’ll never pack people in like sardines. There’s plenty of places for that vibe. We’re different and we’re proud of that.

The Long Shot is a bar situated in the world famous Royal Albert Dock. We’re incredibly lucky to have such a beautiful space to call home. That space can be yours for a night with private hire available for Christmas, birthdays, weddings etc. Please contact us at hello@thelongshot.bar for more information on private hire availability. 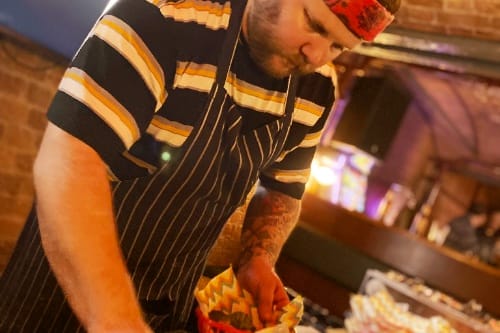 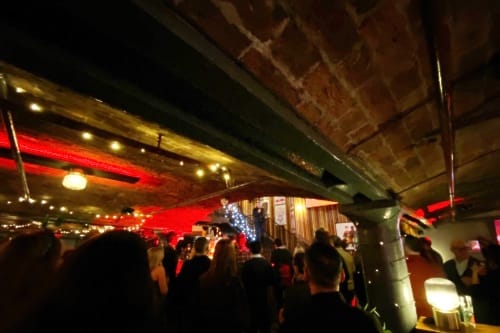 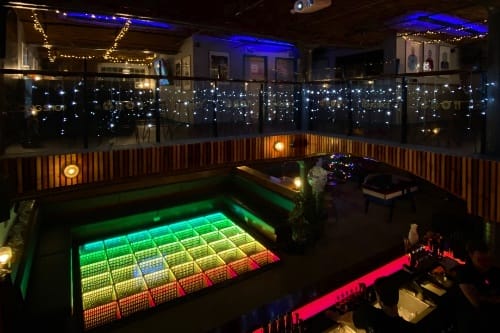 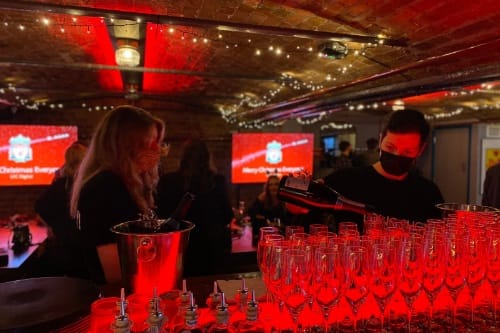 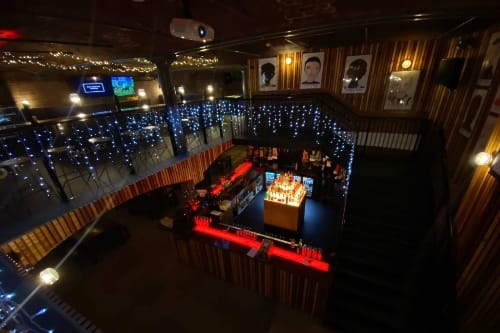 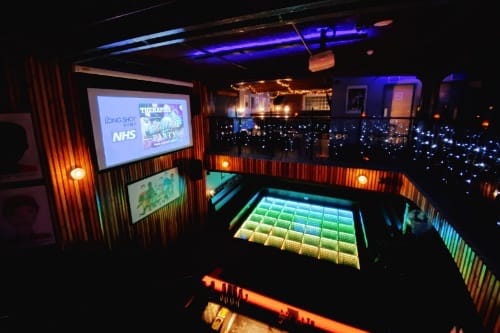 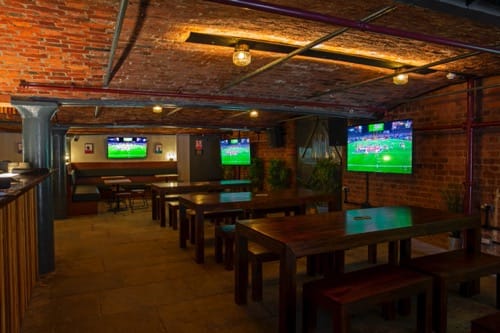 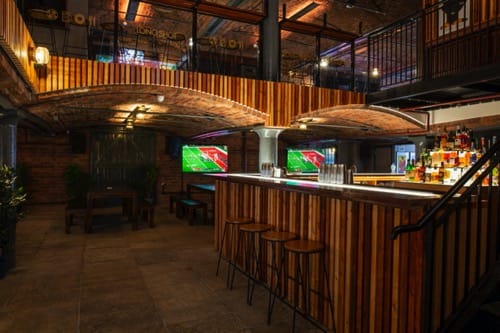 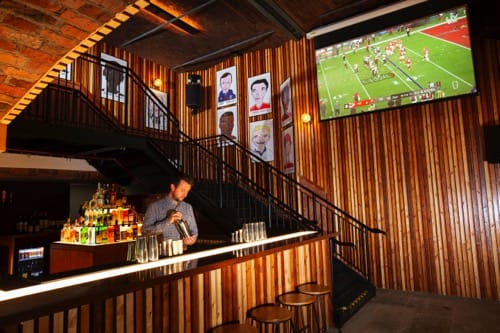 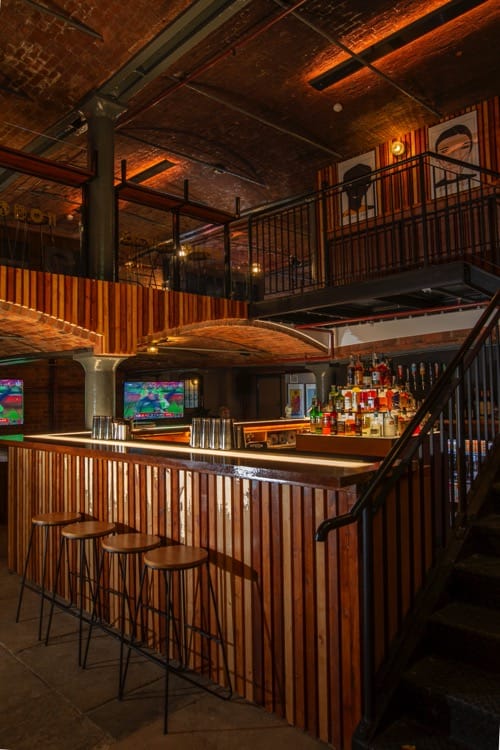 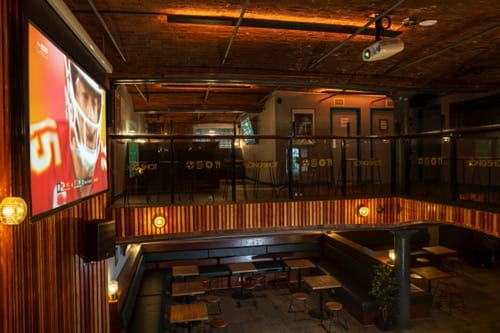 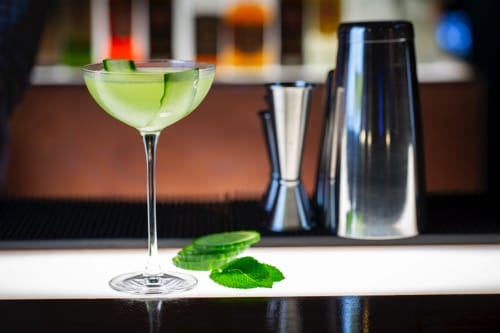 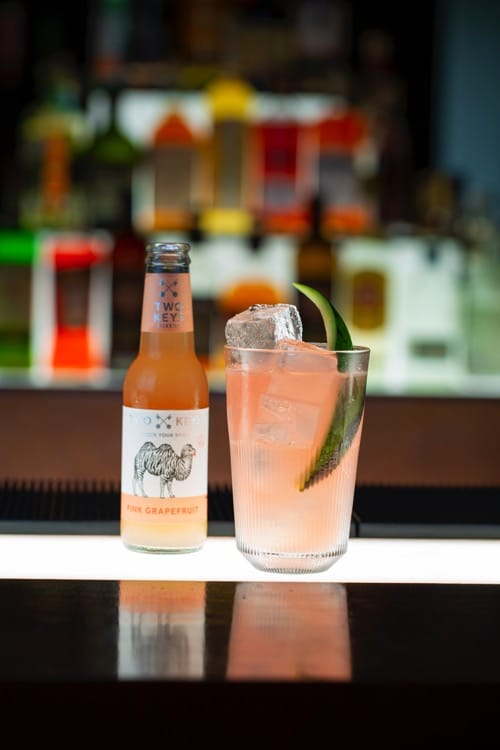 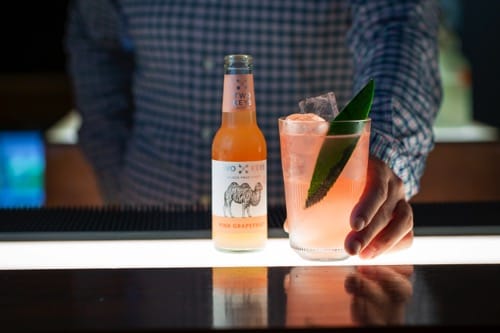 We’ll be the only place on the Royal Albert Dock you can catch every game of the Six Nations tournament which kicks off in just over three weeks. We’ll have competitions where we can win free Guinness as well as beers and cocktails from each of the home nations. This will be the ONLY place in Liverpool to watch every try! Not only will we be televising all of the action on the big screens we’ll have the sound on as well so you can follow all of the action from this prestigious rugby tournament!

What a start to the year it’s been, we’ve been hosting Staff Xmas Parties from around the city, bringing them down to The Albert Dock and making sure they have a well deserved blow out after the Christmas period! We’ve got plenty of sports on the horizon with some big things planned for the Six Nations Rugby, The NFL Super Bowl and of course the upcoming Champions League football match ups! We also got far too into the Darts over the festive period and realised we needed a board - so we’ve got one arriving this week. If you see yourself as the next Peter Wright why not pop down and prove it? Not to mention we’re running our Happy Hour deal every hour of every day all January which includes 2 cocktails for £12 - lovely aren’t we!

It’s been a mad six months that has really flown by since we opened. Opening on the day of England’s Euro 2020 Quarter Final match, we’ve been amazed and humbled with the support we’ve received and the regulars, nay friends we’ve gained in the first leg of our journey. We’ve laughed and cried, cheered for the reds and the blues, seen birdies and bullseyes grace all 13 of our screens! We’ve shown Footy, Tennis, F1, NFL, Baseball, Cricket, Rugby, Darts and Golf - to name a few. We just wanted to say a very Happy New Year from everyone at The Long Shot and Thanks for being a part of the start. We’d love you to keep being a part of the journey!

The festive season is truly upon us and we’ve been very busy serving plenty of mulled wine, festive buttys and beers. We hosted a party for Liverpool Football Club who had the whole venue hired; we also had Taco or Don’t in serving up Mexican street food in their very own pop up. We have also had the NHS in with a great party who had an LED dance floor and a full fizz arrival, partying until the early hours. We’ve had the F1 finale which lived up to the billing and plenty of football (apart from last weekend) All that remains is to wish you all a great Xmas; we’re closed for Xmas Eve and Day but we’ll be back from midday Boxing Day with Premier League Football All. Day. Long!

A great week down at The Long Shot with live sport on all week long. Liverpool playing on Wednesday in the Champion’s league and a great day of football on Sunday with Everton, Chelsea and Man Utd all playing. A great week of NFL with the Thanksgiving games and Sunday Night games too! Next week we’ve got a huge night coming up with Derby Day, Liverpool v Everton midweek; just after Happy Hour too. Wednesday’s done right.